Jesus - In Our Shoes 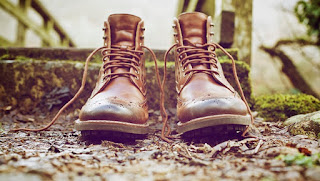 Several years ago, I read a classic story that reveals clearly the essence of what Jesus Christ, the son of God, did for us on the cross. Over two thousand years after, we still remember and celebrate this day of liberation. Let me share the story of Dr Kane with you.

On February 15, 1921, there was a doctor who performed an appendectomy. He was Dr. Evan O'Neill Kane, who in his over 37-years medical career had performed nearly 4,000 appendectomies, so this surgery was not at all unusual except for two things.

First of all, this was the first time that local anesthesia had ever been used in major surgery. Dr. Kane believed that local anesthesia was safer than putting a patient completely to sleep. Most of his colleagues agreed with him in principle, but they wanted to see first if it would actually work. So Dr. Kane searched for a volunteer, a patient who would be willing to undergo surgery while under local anesthesia. It wasn't easy to find one. Most people are squeamish at the thought of being awake during their own surgery. Others are fearful that the anesthesia might wear off too soon.

"He made himself nothing, taking the very nature of a servant, being made in human likeness. And being found in appearance as a man, he humbled himself and became obedient to death - even death on a cross!"(Philippians 2:7-8)

Finally, though, Dr. Kane found a volunteer, and on Tuesday morning, February 15th, the operation began. The patient was prepped and wheeled into the operating room. A local anesthetic was applied. And as Dr. Kane had done thousands of times before, he cut open the tissues and removed the appendix. The patient had only minor discomfort and recovered quickly, dismissed two days later.
Dr. Kane had proven his theory. Thanks to the willingness of a brave volunteer, Dr. Kane demonstrated that local anesthesia was an alternative, even a preferred alternative.

But I said there were two facts that made this surgery unusual. I've told you the first: the use of local anesthesia. The second unusual thing was the patient. The patient was Dr. Kane. You see, in order to prove his point, Dr. Kane operated on himself. The doctor became a patient in order to convince the patients to trust the doctor.

"Because He himself suffered when He was tempted, He is able to help those who are being tempted."(Hebrews 2:18)

As unbelievable as that may seem, it is insignificant compared with what Jesus Christ did for us. The Great Physician voluntarily became one of us. He placed himself in our shoes. He left the glories of heaven to live on this earth as one of us -- to suffer our pains and feel our fears. Why? So that when you hurt, you will know that you have someone who understands - your Great Physician, and you will have confidence to go to him for healing.

He understands relationships. He was rejected by close friends. So, he understands when you have challenges with relationships. He knows what it means to grieve. He suffered the loss of close ones. He understands when you lose close ones and He is always beside you to comfort you. He was the son of a carpenter and he practiced carpentry. I believe he faced challenges with customers and suppliers. Are you going through challenges at work? Believe me, he understands. Whatever you are going through, He became human and went through it, so He can understand, He can comfort you and He can help you. What a saviour!