The Laws That Made Nations Great 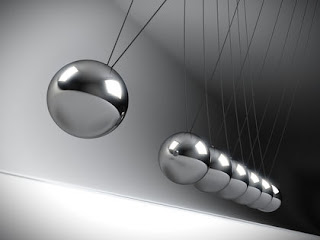 I just came back from a trip out of Nigeria. I travelled to a city that is perhaps the neatest and the safest city I have ever been to. While I had a great time, there were moments when I almost suffered from depression. Why can’t our nation be this great? Why can’t we do things properly? Why can’t we witness a semblance of this type of development? I asked myself so many questions. As I pondered on this, I remembered a paper delivered passionately by the Vice President of Nigeria, Professor Yemi Osibanjo (who was then the Attorney General of Lagos State) on the laws that made nations like America, Britain and China great. Just like then, I sincerely wish that I could force them to listen to his thoughts at the next Federal Executive council meeting in Abuja. I wish I had the power to force every State house of Assembly not to seat until they have listened to his teaching 3 times over! He was so spot on. Most importantly, I remember thinking to myself “All future leaders of our dear country need to start thinking of this now, even before they get into office”. This is what is motivating me to write this, sharing some of his thoughts, and spicing it with what I have learnt and seen about these principles. I know that most of you reading this will one day, not too far from now, be playing key roles in the leadership of this country. Most importantly, these laws and principles will work for individuals as much as it will work for a nation.

Life is governed by laws and principles. When these laws and principles are followed, then you have no choice but to reap the reward of it. When they are not, the same happens – you reap the reward! Principles are no respecter of persons. They are true anywhere, anytime and to anyone wherever you are in the world. Take the principle of gravity for example. Anything that goes up must come down. It doesn’t matter if you are the President of America or just a poor wretch by the road side. If you jump up, you will come down! Except overpowered by a greater law (for example, the law of aerodynamics), the law of gravity hold true for everyone, everywhere. You can pray more than praying mantis. You can speak multiples tongues, but all these are subject to principles that govern life. Most of us are not progressing as individuals, and our nation is backward compared to others, because we have little or no respect for life’s principles! An average Nigerian will rather pray than obey simple principles. Permit me to share with you some of these simple, yet profound principles that will certainly catapult us, as individuals, and as a nation, from where we are now to where we have always wanted to be.

The Principle of Hardwork – Rewarding Excellence And Merit And Not Quotas

I've always worked very, very hard, and the harder I worked, the luckier I got. Alan Bond

Many people think that hardwork is a curse. Nothing can be farther from the truth. Hardwork is the only substitute to a hard life. Either your work hard or you live hard. The choice is yours. Golden opportunities are nothing to laziness but hardwork makes the commonest chance golden. Unless you are willing to drench yourself in your work beyond the capacity of the average man, you are just not cut out for positions at the top. Believe me.

The dictionary is the only place in the world where “success” comes before “work” just because of the alphabetical arrangements of things. Work always comes before success, anywhere in the world. Show me a lazy man and I will show you a man who has kissed success goodbye. A wise man puts it in a wonderful way “show me a man who is diligent in his work, I will show you a man who will stand before kings and not before ordinary men”. The diligent and hardworking hand will always bear rule.

As a nation, we breed laziness! Research shows that a Chinese worker is about 6 times more effective that a Nigeria worker! I am sure you will believe that even without any research. You can see it all over the place. Have you been to a government Secretariat lately? Have you tried getting a 1 page letter signed from any ministry? You just wonder what the people there are doing and why it will take 1 week to get a letter signed. I am afraid to say that our nation will not change much until we adopt the pay by the hour culture. This is what happens in the developed nations of the world. They pay according to the hours of work you put in! Here, once you are on the payroll, you get paid for working 8 hours per day even if you don’t show up. It’s a shame.

I took statistics of public holidays in Nigeria in 2007. The ratio of work days to holidays between Jan and April is approximately 8:1. It’s like having a holiday once every 2 weeks! For me, that is an invitation do disaster. It’s a reflection of the state of our economy. Our over-dependence on oil gives us liberty to declare public holidays at will. Whether people are at work or not, the oil wells are producing!

“I firmly believe that any man's finest hour, the greatest fulfillment of all that he holds dear, is the moment when he has worked his heart out in a good cause and lies exhausted on the field of battle-victorious”  Vince Lombardi

To worsen matters, excellence is not rewarded. We will rather reward people according to quota system instead of merit. In a football team, we MUST have representations from all geopolitical zones of the country, whether they merit it or not. I am tempted to mention names but i won't. Lol! We must obey federal character. Have you seen the list of those that were honoured with national awards of late? You will cry – governors disgraced out of office, politicians with integrity issues, and people who have spent a very long time in service (their contribution is immaterial). Until we start rewarding excellence and merit as a nation, we are not yet ready to become great! It is that simple.

The Principle of Frugality

Frugality is the practice of minimizing waste. It can be related to the idea of being conservative or conserving resources. It is getting more done with less.

“Waste neither time nor money, but make the best use of both. Without industry and frugality, nothing will do, and with them everything”. Benjamin Franklin

One of the greatest problems we have in our nation today is that people live beyond their means; they spend more than they earn! I have worked for a multinational for the past 13 years. Despite the fact that I feel that the company pays fairly and competitively, I am always amazed whenever the month is drawing to a close. People are constantly checking their emails for payment notifications. Most are waiting anxiously for their salaries. They’ve even finished spending it before the earn it! Most times, it is even spent on frivolities, liabilities and things that are just status symbols. This is a major evil. No one becomes great without learning to spend less than he earns!

The same is true for our nation and continent. Do you know that Africa has 40% of the world’s natural resources, despite the fact that it has only 10% of the world’s population? Amazing! We need to ask how these resources are being managed. What happened to the gold mines of South Africa? How are the rich oil wells in Niger Delta managed? Aren’t we a prodigal nation? Any wonder why we export crude and import it back as petroleum products?

According to a recent report in a national weekly newspaper, the country currently spends about $1.7 million (N200 million) to maintain a senator, while about N150 million is spent on each member of the House of Representatives annually. For instance, a former Senate president had 32 cars in his official quarters! When a state governor is travelling within the country he moves with a large convoy of vehicles — mostly bullet-proof cars — and a large retinue of officials who are usually quartered in the best hotels in town at the expense of taxpayers. According to the report, a former governor had three different houses on one street in an expensive suburb of London, whereas John Major, former British prime minister, left No 10 Downing Street, his official residence as prime minister, and went to rent a flat somewhere in the same neighborhood.

“Wealth can only be accumulated by the earnings of industry and the savings of frugality” .John Tyler

What % of your income are you saving? From my experience in the school of success, you are not yet ready for greatness, until you are able to save/invest about 20% of your income on a consistent basis. This is what great individuals and great nations do. Despite having a net worth of $62 billion and being the world’s richest man, famously frugal investor Warren Buffett still lives in the same home he bought for nearly $31,500 some 50 years ago! I am not sure you can say anything close of any Nigerian!

Let me pause here for now. I will share a few more principles in the next post. Till then, think about this - how will I contribute to the greatness of Nigeria?
Posted at 2:27 AM