Advice 1: Let God Be Your Source 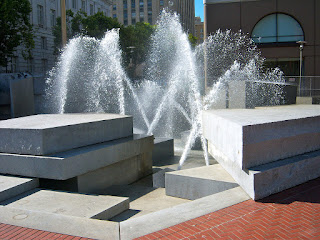 Many thanks to my friend and colleague, Mogbekeleoluwa, I have my blog back! I’ve been strangely logged out for several months now, and couldn’t find a solution despite several attempts. I decided to seek for help, and here I am, back online. I am so happy to be back.

In the next few weeks, probably till the end of the year, I will be sharing a few pieces of advice with my friends. They are basically lessons I have learnt over the years, and in the recent past. Each week, I will share a piece, and will welcome comments/inputs, so others can read and be blessed.

I will start this week, with a fundamental advice, and perhaps the most important one:

Let God be Your Source:

In our age and time, we seem to be redefining success. Especially if you are from this part of the world, success is defined by how much you have in your bank account, they type of car you are driving, where you live, and the likes. We seem to have forgotten that no one can “really” succeed outside God. To put it bluntly, there is no true success outside God! I know a couple of those reading this will question me and say “Common, what about all those who are 'successful' and do not know God?” That is exactly why I used the word “true” to describe the kind of success I am talking about. True success takes its roots, and it’s depth in God. Success is much more than possession. It has a lot to do with your position with God. If God is not the foundation of everything you do, and live for, you are near the end of the rope.

Success is much more than possession. It has a lot to do with your position with God.

Remember the story of the rich fool? It is documented in Luke’s gospel chapter 12, verses 16-21. “A rich man had a fertile farm that produced fine crops. He said to himself, ‘What should I do? I don’t have room for all my crops.’ Then he said, ‘I know! I’ll tear down my barns and build bigger ones. Then I’ll have room enough to store all my wheat and other goods. And I’ll sit back and say to myself, “My friend, you have enough stored away for years to come. Now take it easy! Eat, drink, and be merry!”’ “But God said to him, ‘You fool! You will die this very night. Then who will get everything you worked for?’ “Yes, a person is a fool to store up earthly wealth but not have a rich relationship with God.” What a story that that nails home my point. If it must be good, then, it must be God! When the root of your success or accomplishment is not God, then, I can predict that you’ll only be in the limelight for just a while. Very soon, the foundation will crumble, and the building will no longer hold.

Yes, a person is a fool to store up earthly wealth but not have a rich relationship with God.

Years back, I read about the famous 1923 “Who is Who in Industry” gathering at the Edgewater Beach hotel in Chicago, USA. There was a meeting of nine of the world's richest people at that time. Combined, these people had more wealth than the entire U.S. government at that time!! They were all very successful men, well respected and looked up to as people who had "made it". Newspapers frequently wrote articles about them, and many college professors had used these men as examples, to teach their business and finance classes, "how to make it" in the business world. The list includes:

Even by today's standard, these were VERY rich men, and most people today would LOVE to be in their shoes..... or would they?? Let's look at how all 9 of these men, the most wealthy, powerful men the world, wound up at the end of their lives:

The first man to make a million dollars a year, Charles Schwab, died in bankruptcy just twenty five years later, having lived on borrowed money for five years before his death.
Samuel Insull had died penniless after spending some time as a fugitive from justice.
Richard Whitney spent time in Sing-Sing prison before his death.
Leon Fraizer, Jessie Livermore, and Ivar Kreuger all committed suicide because they were so unhappy with their life.
Howard Hopson went insane before his death.
Arthur Cutten died completely broke.
Albert Fall was sentenced to prison, but was released early so he could die at home broke and alone.

God must be your source, and your foundation. It makes no business sense to gain this whole world, and lose your connection with the creator of the world. No sense at all.