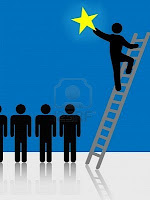 Consider this for a moment. You are on the soccer pitch in a capacity filled stadium. You are about to take the last shot in the finals of a game that would be determined by penalty shoot out. The hopes and aspirations of a whole nation rest on your shoulders. The game had been intense. Both teams have put in their very best for 120 minutes without a winner. Now, 80,000 fans at the stadium, and several millions watching across the globe are all focusing attention on you – some hoping you’ll score and others praying you’ll miss. You place the ball on the penalty mark, and take 3 steps backwards. The noise is the stadium is deafening and your heart beat is doing a double summersault! What a moment this can be! Whatever happens, your name will go down in the history books as the one who took the game winning shot, or as the one who caused the country to lose. It is a defining moment.

I was faced with a defining moment sometime in 2006. I had just finished my Ordinary National Diploma in one of the polytechnics in Nigeria. I was privileged to finish as the best graduating student in my class, winning the Rectors’ Award for that year. Shortly after, I was interviewing with one of the best oil companies in the country and was offered a job. The salary (as of then) was intimidating to say the least. I thought to myself “this would solve my problem and my family’s forever”! In the same week, I got my admission letter for a direct entry to a University, and was faced with a big dilemma. You may not understand how big this decision was if you didn’t know my family background. I needed the bucks so much at that time and anyway to get it would have being a good way. It was a big defining moment. I was going to play a shot that would later determine a lot of things in my life and career. Looking back retrospectively, I am glad I put the shot far beyond the reach of the goalkeeper (lol). One more than one occasion, I have also faced defining moments at work – changing departments at short notice, taking up additional responsibilities, saying “NO” to some request e.t.c. Listen. Defining moments really defines us, and what happens to us, now and in the future. Be sensitive to such moments.

I have discovered that life is not as difficult as some people make it look it. One song writer puts it in a way that I really like. He said “ Life is not difficult to anyone who believes that life is not difficult”. It is that simple. When you learn to play by life’s rules, you will excel and succeed in great measures. People who are excelling in life and in career have discovered certain secrets that they are exploring. They are secrets, not because they are hidden somewhere, but because you have not discovered them! When you discover what they have discovered, and practice it, you will get the kind of results that they are getting. Success is surely sold in the open market. Anyone can buy, who is willing to pay the price. Are you?

Let me continue sharing with you some of the secrets of accomplishment that I have found, and that has helped me over the years. Recall that we shared 2 of these in the 1st part of this write up (I encourage you to read it up, if you have not done so already). Here is a list of some others:

Be Diligent and Hardworking

It would take me several write ups to conclude a topic on hardwork and diligence. To put it simply, the only substitute to hardwork is a hardlife! The ball is in your court – work hard or live a hard life! There are too many lazy people blaming the devil for their woes! One of the greatest problems facing our nation and our continent is that we have too many people who are not working. Some may even go to work but are still not working (visit some government secretariat and you will need no further proof). We are lazy people both in the use of our hands and of our minds. This is a tragedy!

The dictionary is the only place in the world where “success” comes before “work” just because of the alphabetical arrangements of things. Work always comes before success, anywhere in the world. Show me a lazy man and I will show you a man who has kissed success goodbye. A wise man puts it in a wonderful way “show me a man who is diligent in his work, I will show you a man who will stand before kings and not before ordinary men”. The diligent and hardworking hand will always bear rule.

Many believe that success is just being lucky. Nothing can be farther from the truth. Success comes by consistent hardwork. I like the way Alan Bond puts it. He said “I've always worked very, very hard, and the harder I worked, the luckier I got” If you believe so much in luck, it’s important to remember that hardwork increases your chances of being lucky.


The big secret in life is that there is no big secret. Whatever your goal, you can get there if you’re willing to work.

In the words of Vince Lombardi “I firmly believe that any man's finest hour, the greatest fulfillment of all that he holds dear, is the moment when he has worked his heart out in a good cause and lies exhausted on the field of battle-victorious” .In the school of success, there is no substitute to hardwork. Nobody becomes great without hardwork. Nobody! So, get ready to work. Everything works for him that works!

Have the Right Ability to Make Decisions.

I have discovered that success in life is not a gift. It doesn’t just fall on people like ripe pawpaw! It is a decision that you have to make. You are a direct product of your decisions. You are going to live tomorrow with the consequences of today’s decisions and choices. The choices we make today will colour the spectrum of our life in the future. It is futile to squander today and hope for a generous tomorrow. Everything that happens in your life-both what you are thrilled with and what you are challenged by-began with a decision.

An average person makes about 350 decisions in a day. However, in prison, inmates are restricted to only 8 decisions daily! That is nature’s way of punishing them for the wrong decisions and choices that brought them there. Isn’t that interesting? They are not been trusted again because of wrong decisions they once made.

Henry David Thoreau sums it up well when he said “I know of no more encouraging fact than the unquestionable ability of a man to elevate his life by a conscious endevour.

Sir Edmund Hillary was the first man to climb Mount Everest. On May 29, 1953 he scaled the highest mountain then known to man-29,000 feet straight up. He was knighted for his efforts. He even made American Express card commercials because of it! However, until we read his book, High Adventure, we don't understand that Hillary had to grow into this success. You see, in 1952 he attempted to climb Mount Everest, but failed. A few weeks later a group in England asked him to address its members. Hillary walked on stage to a thunderous applause. The audience was recognizing an attempt at greatness, but Edmund Hillary saw himself as a failure. He moved away from the microphone and walked to the edge of the platform. He made a fist and pointed at a picture of the mountain. He said in a loud voice, "Mount Everest, you beat me the first time, but I'll beat you the next time because you've grown all you are going to grow... but I'm still growing!" A year later, he succeeded where he has failed.

I have learnt something about successful people. They don’t avoid mistakes; they handle it. Peter Drucker once said "The better a man is, the more mistakes he will make, for the more new things he will try. I would never promote into a top level job a man who was not making mistakes…otherwise he is sure to be mediocre."

A number of years ago, an aspiring writer interviewed Thomas J. Watson, the President of IBM. Watson gave him this advice: “It’s not exactly my line, “he said, but would you like me to give you a formula for writing success? It’s quite simple, really. Double you rate of failure.” “You are making a common mistake. You are thinking of failure as the enemy of success. But it isn’t at all. Failure is a teacher – a harsh one perhaps, but the best. You say you have a desk full of rejected manuscripts? That’s great! Every one of those manuscripts was rejected for a reason. Have you pilled them to pieces looking for that reason? You can be discouraged by failure – or you can learn from it. So, go ahead and make mistakes. Make all you can. Because, remember that’s where you’ll find success. On the far side of failure.”

That is profound and full of truths. Failure is a friend, not an enemy. Failure is a school teacher, not a taskmaster. See it as such and you will benefit immensely. I am always thrilled by the definition of success I saw somewhere. It says “success is moving from one failure to another without losing enthusiasm!”

Again, success is sold in the open market. Let anyone go and buy, who is willing to pay the price. You will succeed!