The Untold Wonder Of The World 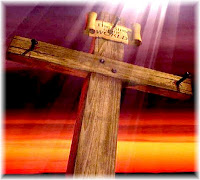 Several years ago (about 11 years to be precise), I got an invitation to speak at a Love Feast on Val’s day. I recall very well that it was at the buttery of one of the hostel back in School. I wasn’t really used to speaking at such events, but being one not to walk away from a challenge, I decided to accept it, and give it my best shot. Trying to decide on what to speak about proved more difficult that I had hoped. I wanted to talk on something that lovers who came for the feast would be able to relate with. I finally settle on the topic “The 8th Wonder of the World”. With 11 years of more experience behind me, I would rather have titled it “The Untold wonder of the World”. Please follow me patiently.

The Seven Wonders of the World has historically been a listing of seven sites known to the Ancient Greeks as the most notable locales in their known world. Since then, many have developed lists of the "modern" Seven Wonders of the World. Most of these new lists have been trailed by controversies and have not been globally accepted. For the purpose of this discourse, we will stick to the original list of the wonders of the world – now popularly called the 7 wonders of the ancient world. This is a list of important objects that were built between 3000 B.C. and A.D. 476. All of the ancient wonders include objects made by human beings that were considered important because of their size or some other unusual quality.

The Great Pyramid of Giza:

The Great Pyramids were built between 2650-2500 BC. It is said that they were a tomb of Khufu. They are located in Giza, Egypt. The largest pyramid is 756 feet long on each side and 450 feet high. It is made up of 2,300,000 blocks, that each weighs two and a half tons. It took 20 years for 100,000 slaves to build it. It required 112 men to lift each separate block. The Great Pyramid was the tallest man-made structure in the world for over 3,800 years! I have since been privileged to see this wonder of the world, and to tour its chambers. It is simply breathtaking!

The Hanging Gardens of Babylon:

This is perhaps the only one of the Wonders that may have been purely legendary. The gardens were attributed to the Neo-Babylonian king Nebuchadnezzar II, who ruled between 605 and 562 BC. He is reported to have constructed the gardens to please his homesick wife, Amytis of Media, who longed for the plants of her homeland. Ancient writers describe the possible use of something similar to an Archimedes screw as a process of irrigating the terraced gardens. Estimates based on descriptions of the gardens in ancient sources say the Hanging Gardens would have required a minimum amount of 8,200 gallons of water per day!

Statue of Zeus at Olympia:

The famed statue of Zeus was richly decorated with gold and ivory. At 40 feet (about 12 m), it was so tall that its head nearly touched the top of the temple! According to legend, the sculptor Phidias asked Zeus for a sign of his approval after finishing the statue; soon after, the temple was struck by lightning. The Zeus statue graced the temple at Olympia for more than eight centuries before Christian priests persuaded the Roman emperor to close the temple in the fourth century A.D. At that time, the statue was moved to a temple in Constantinople, where it is believed to have been destroyed in a fire in the year 462.

The Colossus of Rhodes:

Colossus was built in 304 B.C. and it took twelve years to build it. The statue was 110 feet high and stood on the pedestal. Colossus was posed in a traditional Greek manner: nude, wearing a spiky crown, with his eyes shaded from the bright sun with his right hand while holding a cloak over his left hand. Colossus stood shining in the sun for 56 years. Sadly, an earthquake hit Rhodes, and the statue collapsed. Huge pieces lay in the harbor for a long time. Out of all of the wonders, Colossus was the one that stood the least amount of time. It stood for only 56 years, but in brief time won fame throughout the entire civilized world.

The Temple of Artemis:

The Temple of Artemis was one of seven of the Wonders of the ancient world. It was so big that it took 120 years to make the temple! It's hard to believe but it was one of the largest temples built in the ancient times. The temple was built in 550 B.C. Its foundation measured at 377 by 40 feet. The whole temple was entirely marble except for its tile covered wooden roof. It was built as a dedication to the Greek Goddess Artemis. The length of this temple was 425 feet and the width was 225 feet. It has a sum of 127 columns, 60 feet in height that supported the roof. Today the site of this temple is a marshy field.

The Lighthouse of Alexandria:

With a height variously estimated at somewhere in-between 393 and 450 ft (120 and 140 m), it was for many centuries among the tallest manmade structures on Earth. This lighthouse was designed differently than modern lighthouses. It was more like a 20th century sky scraper! There were three stages which were piled on top of each other. The lowest level was about 200 feet square and was shaped like a huge box. The blocks on which the lighthouse was built were marble. There was a staircase in the lighthouse that led the keepers to the beacon chamber. In there, was a curved mirror. It was used to project a fire's light into a beam. Ships could detect the beam from the tower at night or the smoke from it could be seen during the day from up to 100 miles away.

The Mausoleum at Halicarnassus:

This was a tomb built between 353 and 350 BC at Halicarnassus (present Bodrum, Turkey) for Mausolus, a satrap in the Persian Empire, and Artemisia II of Caria, his wife and sister. The Mausoleum stood approximately 45 m (148 ft) in height, and each of the four sides was adorned with sculptural reliefs created by each one of four Greek sculptors . The finished structure was considered to be such an aesthetic triumph that Antipater of Sidon identified it as one of his Seven Wonders of the Ancient World. The word mausoleum has now come to be used generically for any grand tomb.

The above are the wonders listed on the 7 Wonders of the Ancient World. There is a wonder however, that is both ancient and modern. Each time I read about this wonder, I am always amazed. It is the wonder of the Cross at Calvary.

The Cross at Calvary:

Nearly two thousand years ago a crowd gathered at the foot of a Roman cross to see a man who claimed to be the Son of God crucified. There were many people, many questions, and even many doubts; yet, in the end a Roman Centurion said it best, “Truly this was the Son of God!”

While nothing was so special about this cross, it’s significant to our world cannot be overemphasized. What the cross, and the event on it stands for, changed the course of human history. It brought back to us the love of God – a love pure and undefiled.
In the world around us, people are loved on the basis of their performance. So someone excites us with his athletic prowess and we say, "We love you, O.J.!" When someone pleases us, when someone stimulates us, we appreciate what they do and use the term "love" to describe our response. But God's love is not based on our performance! God's love, instead, is unconditional.

Christ died for us when? Was he responding to something good in our performance? Was he saying, "Oh, he's such a fine man! Look at all he has accomplished! Because he has been so good, I will shower my love on him." No, not at all. These verses use the words "powerless," "ungodly," and "sinners" to describe us. Christ died for people like this, not for people who look like they have it all together.

Now I don't know about you, but to me this truth is tremendously freeing. I don't have to look over my shoulder all the time, wondering if God is going to abandon me because I blew it. I don't have to worry that God might change his mind about me because of my poor performance. God already knows the worst about me -- and he chose to love me! God's love is unconditional -- delight in that statement. What a wonder!
The human mind cannot fathom the amazing essence of God's love toward mankind. When one contemplates the sheer depth, height, and breadth of His love, it truly is a wonder.