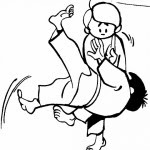 A jobless man applied for the position of 'office boy' at a very big firm. The HR manager interviewed him, then a test: clean the floor. "You are hired" he said, give me your email address, and I will send you the application to fill, as well as when you will start. The man replied "I don't have a computer, neither an email". I am sorry, said the HR manager, if you don't have an email that means you do not exist. And who doesn't exist, cannot have the job. The man left with no hope at all. He didn't know what to do, with only $10 US in his pocket.

He then decided to go to the supermarket and buy a 10 KG Tomato crate. He then sold the Tomatoes in a door to door round. In less than two hours, he succeeded to double his capital. He repeated the operation 3 times, and returned home with $60 US. The man realized that he can survive by this way, and started to go everyday earlier, and return late. Thus, his money doubles or triples every day. Shortly later, he bought a cart, then a truck, and then he had his own fleet of delivery vehicles.5 years later, the man is one of the biggest food retailers in the US. He started to plan his family's future, and decided to have a life insurance. He called an insurance broker, and chooses a protection plan. When the conversation was concluded, the broker asked him his email. The man replied: 'I don't have an email'. The broker replied curiously, you don't have an email, and yet have succeeded to build an empire. Do you imagine what you could have been if you had an email? The man thought for a while, and replied: an office boy! Lol!

The most frustrating part of every trip outside the country for me is my return trip back to Nigeria. Especially when you are travelling in a flight filled with Nigerians, it is always dramatic. From the overweight loads we carry, the banters we throw in the plane, the unnecessary claps when the plane lands (this is really very annoying!), the rush to get out of the plane when it touches the ground, even when it has not fully stopped, the rush through passport control and then the long wait for your luggage! You will be lucky to spend less than 2 hours at the airport between arrival and when you finally leave! There is always one question uttermost on my mind “Why are we the way we are”? The sad truth is that most of us are getting so used to it. People excuse these things away as our “weakness”. They give reasons why it won’t work here. We focus a lot on these “weaknesses” and never think of how to turn them into strengths. Most developed nations of the world became great by actually turning their biggest weaknesses into their greatest strengths. I will leave this discussion for another day and time. However, this theory is as true for nations as it is for individuals! We can turn our weaknesses into our greatest strengths.

Consider the story of a 10-year-old boy who decided to study judo despite the fact that he had lost his left arm. The boy began lessons with an old Japanese judo master. The boy was doing well, so he couldn't understand why, after three months of training the master had taught him only one move. "Sensei," the boy finally said, "Shouldn't I be learning more moves?". "This is the only move you know, but this is the only move you'll ever need to know," the sensei replied. Not quite understanding, but believing in his teacher, the boy kept training.

Several months later, the sensei took the boy to his first tournament. Surprising himself, the boy easily won his first two matches. The third match proved to be more difficult, but after some time, his opponent became impatient and charged; the boy deftly used his one move to win the match. Still amazed by his success, the boy was now in the finals. This time, his opponent was bigger, stronger, and more experienced. For a while, the boy appeared to be overmatched. Concerned that the boy might get hurt, the referee called a time-out. He was about to stop the match when the sensei intervened. "No," the sensei insisted, "Let him continue." Soon after the match resumed, his opponent made a critical mistake: he dropped his guard. Instantly, the boy used his move to pin him. The boy had won the match and the tournament. He was the champion.

On the way home, the boy and sensei reviewed every move in each and every match. Then the boy summoned the courage to ask what was really on his mind. "Sensei, how did I win the tournament with only one move?" "You won for two reasons," the sensei answered. "First, you've almost mastered one of the most difficult throws in all of judo and second, the only known defense for that move is for your opponent to grab your left arm." The boy's biggest weakness had become his biggest strength! "

I like the way Ralph Waldo Emerson summarizes it. “Our strength grows out of our weaknesses.”
Posted at 1:31 PM No comments: