Being A Person of Excellence - Part II 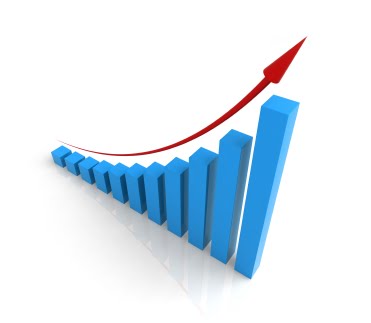 A couple of months ago, I had a need for a large book shelf, as the books in my study were growing out of proportion. I got a referral from a friend to use a carpenter. He came highly recommended and after showing him exactly what we wanted (my wife did the most of that bit) from a magazine, I was pretty sure he would deliver. After agreeing on price and delivery date, I closed the deal. Not too surprised though, the guy could only deliver 2 weeks late! He had this story about being ill and all that, and he didn’t deem it fit to call and negotiate his commitment. But that wasn’t what pissed me off. What really pissed me off was a tiny detail that he didn’t pay attention to. Can you imagine a book shelf where all the legs were not balanced on the floor? One leg was slightly shorter than the rest, causing a sort of imbalance. When I confronted him with this obvious defect, all he could say was “ It is just a small defect. It is nothing major. Since you are putting it in a rugged room, it won’t be a big deal”. I told him I wasn’t going to accept this, and to my amazement, he got angry with me! I mean, he really got mad at me that I would accept nothing less than what I had paid for. Needless to say that we live in an environment with thousands of folks like this, who will never autograph their work with excellence! What a tragedy!

Contrast this with a story I once heard from Harvey Mackay, (Business Motivational Speaker). He told a wonderful story about a cab driver in Chicago. Harvey Mackay was waiting in line for a taxi at the airport when a cab pulled up. The first thing Harvey noticed was that the taxi was polished to a bright shine. Smartly dressed in a white shirt, black tie, and freshly pressed black slacks, the cab driver jumped out and rounded the car to open the back passenger door for Harvey. He handed him a laminated card and said: ‘I’m Wally, your driver. While I`m loading your bags in the trunk I`d like you to read my mission statement. ` Taken aback, Harvey read the card. It said:

To get my customers to their destination in the quickest, safest and cheapest way possible in a friendly
environment.

This blew Harvey away. Especially when he noticed that the inside of the cab matched the outside. Spotlessly clean! As he slid behind the wheel, Wally said, `Would you like a cup of coffee? I have a thermos of regular and one of decaf. ` Jokingly, Harvey said, “No, I’d prefer a soft drink.” Wally smiled and said, “No problem. I have a cooler up front with regular and Diet Coke, water and orange juice.” Almost stuttering, Harvey said, “I’ll take a Diet Coke.”Handing Harvey his drink, Wally said, “If you’d like something to read, I have The Wall Street Journal, Time, Sports Illustrated and USA Today.”

As the taxi pulled away from the curb, Wally handed Harvey a laminated card and said, “These are the stations I get and the music they play if you’d like to listen to the radio.” As if that weren’t enough, Wally told Harvey the air conditioning was on and asked if the temperature was comfortable. The driver then advised Harvey of the best route to his destination for that time of day. Wally also let Harvey know that he’d be happy to chat and tell him about some of the sights or, if Harvey preferred, to leave him with his own thoughts.“Tell me, Wally,” the amazed passenger asked, “have you always served customers like this?”Wally smiled and looked in the rear view mirror. “No, not always. In fact, it’s only been in the last two years. My first five years driving, I spent most of my time complaining like all the rest of the cabbies do.” Wally had the chance to listen to to a personal growth guru on customer service and excellence and committed to excellence going forward. “I take it that has paid off for you,” Harvey said.“It sure has,” Wally replied. “My first year as an eagle, I doubled my income from the previous year. This year, I’ll probably quadruple it.” While excellence may appear costly at first, it eventually pays out! People are willing to pay extra for an excellent service.

In the 1st part of this article, I listed a couple of steps that should be taken by anyone who wants to be a person of excellence (I recommend you read it up). Here are a few more thoughts:

Pay attentions to details: "The magic behind every outstanding performance is always found in the smallest of details."If you long to accomplish great and noble tasks, you first must learn to approach every task as though it were great and noble. Ultimately, the key to excellence in every aspect of our lives is doing little things correctly, all the time, every time, so that each action produces an excellent result. When every detail is lovingly attended to, and each step in the process is given complete and careful attention, the end result inevitably will be of the highest quality.

Never stop Improving: People of excellence will stop at nothing to improve themselves. Nothing but the very best is good enough. They improve on their skills and knowledge every single day. They maximize every opportunity to learn.