Do What You Say You Will Do! 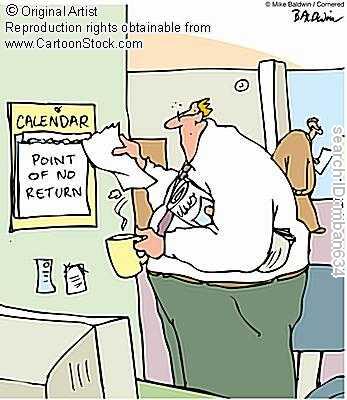 Working for a multinational in the last couple of years have taught me a lot about making commitments. The rule about making commitments is so simple that it is unbelievable. “Do what you say you will do”! Which part of this simple sentence is difficult to understand? The truth however is that most times, most of us to not keep our commitments. Interestingly enough, people will remember when you break promises, but they don’t remember when you help them out,

People expect you to fulfill your promises. Going out of your way to keep a commitment isn’t going to be remembered. But people will remember when you screw-up. Even if the screw-up is accidental, that broken commitment is going to linger for a lot longer than a spectacular success.


...90% of the world's problems result from people failing to keep their commitments.

It’s easy to forget this imbalance when you make commitments. Since breaking commitments has a much larger weight than helping out, it’s important to do what you say you’ll do. Usually you can’t repair a screw-up with a single offer to help out. It is astonishing that 90% of the world's problems result from people failing to keep their commitments. Heads of state, CEO's, family members and friends, every missed goal or uncompleted task can be traced back to someone not keeping their end of the bargain.

We all make commitments every day. Some seem small and insignificant-agreed upon time to meet, a promise to run an errand or a promise to follow-up. Others are ostensibly bigger and more important-a formal contract or legal document, etc. It is important to consider all commitments equally important, because this is the way trust is built and maintained. A person's reputation is built upon their ability to make and keep commitments. Your life will work better when commitments are carefully made and diligently kept.

Following this basic advice, there are a few conclusions about being a more reliable person and making sure your relationship accounts don’t go into debt:

Don’t be hasty with your commitments. If something is important to someone, make sure that there is an almost 100% certainty you will be able to follow through. It’s better to explain, in advance, reasons that would prevent you from committing, than to back out later.

If you make a commitment to do something, you should be writing it down in front of that person. Not only does this help you remember, it signals your level of commitment to the other person. It is not good practice to make offhanded commitments that isn’t stored anywhere.

If you won’t be able to do something, say so. You may feel you’ve left yourself a clever escape route to avoid making a commitment. But what you’ve really done is made a smaller promise. Backing out of a maybe isn’t a complete screw-up, but it still hurts your relationship more than if you were assertive enough to say “no” in the first place.


If you won’t be able to do something, say so.

Whenever you agree to do anything, the commitment should be placed into your to-do list, calendar or whatever organizing system you have. Even if your commitment didn’t have a specific deadline, keeping track of where you’ve agreed to help is important.

What’s Unimportant to You May be Crucial to Another

If People Aren’t Reliable, Call Them on It

I wouldn’t recommend getting into a fight. But if someone is building a deficit in your relationship bank account, let them know. Often busy people won’t even realize they are being completely unreliable. If you let them know that you’re disappointed that they haven’t followed through on their promises that give them the option of gracefully scaling back their commitments or being more responsible in the future. However, be sure to do to others what you want done to you