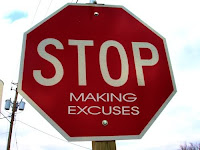 A certain man was preparing a great banquet and invited many guests. At the time of the banquet, he sent his servant to tell those who had been invited, ‘Come, for all things are now ready.’ But they are alike began to make excuses. The first said, ‘I have just bought a field, and I must go and see it. Please excuse me’. Another said ‘I have just bought five yokes of oxen, and I’m on my way to try them out, Please excuse me’. Still another said, I just got married, so I can’t come.’…..

Believe it or not, I read this account from a book…the greatest book ever written. Before making my points, I need you to understand the story very well.

Can you imagine getting an invitation from the President of the United States for a dinner? How would you treat such invitation? Would you need a reminder before honouring it? I bet you won’t. You’ll probably hang the invitation somewhere that you’ll see it everyday. Everyone around you will also know you have a date with the President. Every other thing will take second place. All other appointments will be rescheduled. And many more

He who makes excuses, accuses himself

This did not happen in the story above. Here, the man that invited his fiends for dinner was kind enough to even send a reminder just before the party started. However, all his invitees began to make excuses. I did a careful analysis of their excuses and found out that they were really excuses. Nothing else.

Take for example the 1st guy. His excuse? ‘I have just bought a field and I must go and see it’. This guy must be a professional excuse maker. He didn’t just get the invitation the day before. Why on earth will he fix inspecting his field on the same day with the party? Afterall, the field is his. He can choose to go and inspect it the day before, or the day after the party! Besides, when do you go to inspect a field? Probably early in the morning or late in the afternoon. Right? The guy was invited for a dinner! He could still have made it if he really wanted to come! He was just making up an excuse to be absent. And that’s how excuses are. They are “made”.

Excuses are lies we tell ourselves to avoid dealing with unpleasant truths. But as long as we buy into those excuses, we can never move past them. Instead of addressing the underlying problem, we merely hide the symptoms. One of the most important steps in personal growth is to uproot excuse-making and confront the real issues behind the excuses with consciousness and courage. A wise man puts it right when he said “Excuses are the trademarks of failures and mediocres”

We are all manufacturers. Making goods, making trouble, or making excuses

What excuses do you have that is preventing you from moving on to success? I can bet you that no excuse is good enough for failure. Will you please join me in examining the most common excuses people make and their underlying truths?

I don’t have the time

This is perhaps the commonest excuse I have heard in my life. How many times have you heard yourself or someone else make this excuse? There is nothing that can be farther from the truth. One interesting thing about time is that it’s the most evenly distributed of God’s gifts. Everyone on the planet has 24 hours. A rich man in his palace has 24 hours and so does a poor man on the street. Whatever happens to you in life depends on how you spend or invest the time you’ve got.

The real problem therefore is not lack of time but lack of will. Look at what you really devote time to everyday. People devote time to marginal activities like watching TV everyday and yet do not have time to do things they want us to believe they are committed to. No way. If you are really committed to a thing, and if it is very important to you, you will surely have time for it. You have 24 hours everyday. Go and make the best use of it.

I don’t have money

There are many people going about today fantasizing about what they’ll do if only they have the money. “If only I have money” is the common excuse of such people. In my opinion, our greatest problem in the world is not money problem. It is an idea problem. Money always flows in the direction of ideas.

Think of it for a moment. Have you ever had to get something by all means that you didn’t have the money at first to get? Did you eventually get it? I know most people will answer a “yes”. Not having money is surely not a tenable excuse.

Excuses are the tools with which persons with no purpose in view build for themselves great monuments of nothing.

I don’t have the connections

This is a common excuse with those who thinks getting to the top a matter of who you know. They feel that they are where they are because they don’t know the right people to help. “I don’t have the necessary connection” is a nice way of saying “I am not willing and ready to cultivate the relationships I need to reach my goals”. That’s the real truth behind that excuse.

I am sure you know that you are 5-7 people away from anyone on this planet. Yes, you are. You can create and cultivate any relationship you so desire. I am not saying that this easy and will be a walk over, but it is possible. You can get connected to top people in your field of endevour for instance. You can, if you are willing to cultivate the relationship.

I don’t know how

The only man who is really free is the one who can turn down an invitation to dinner without giving an excuse.

I challenge you to keep learning and shatter the myth of this excuse.