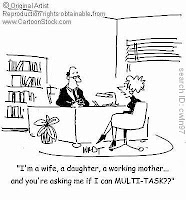 A recent survey of consumers shows that customers frequently quit a business for the following reasons.

Sixty-eight percent of all lost business results from the indifferent, uncaring attitudes of employees toward customers. Developing and maintaining a positive attitude toward yourself, your customers and your job is the first step to developing excellent sales techniques.

The President of the Bank of America told the following story which took place some years ago.

The Los Angeles branch of the Bank of America is housed in multilevel building with a parking structure on its lower floors. The large sky scrapper housed many businesses. For many years, customers using the bank would not be charged for parking if they simply presented a ticket to the teller for validation with any transaction.

Over the years however, people began abusing the privilege by making small or insignificant transactions at the bank, then spending the rest of the day shopping at other businesses in the building. Due to frequent infractions by shrewd customers, the bank reluctantly discontinued the privilege of validating tickets for free and unlimited parking. Validated tickets will henceforth be charged at a discounted hourly rate.

One morning, an elderly man dressed in jeans and a flannel shirt waited his turn in a long line of customers. The line slowly inched its way forward, until he made his way to the next open teller’s booth. The man made a small deposit and presented his parking ticket for validation. The teller stamped his ticket and informed him that he’ll have to pay a small amount for the parking. “Why? You’ve never required this before.” The elderly customer replied. The teller, faced with a crowded bank full of impatient customers, snapped, “Well, that’s the new rule. I don’t make them. I just dish them out.” “But I’ve been a customer in the bank for many years” the man persisted. “The least you can do is to validate it like you used to.” “You heard me, Mister. You got a problem with that, see the manager. I have a lot of people waiting behind you. If you could move along, that would make this morning go a little easier.” The flannel shirted gentleman made his way to the end of the long line of waiting customers, and once again inched his way back towards the teller’s booths. When he finally arrived, he approached the first available teller, withdrew $4.2million and went across the street to deposit it in another bank.

The teller’s attitude cost the bank $4.2 million! Never underestimate the destruction that can be wrought by a poor attitude.


I will pay a man more for his attitude and his ability for getting along with others
- John D. Rockfeller

Some months ago, I had an experience with a taxi driver. He picked me up in front of my hotel room to see a friend in what I’ll later find out to be the remote part of town. We agreed on a price (which in my opinion was already of the high side) and then we set off. We spent over 30 minutes trying to locate the place all to no avail. Netweork was bad there also so I could call. This guy kept turning, reversing and asking people for the place. There was not a single time in the trip when he complained! Not once. Even when I gave up and told him to head back to the hotel, he insisted we try one more time. That was when we were able to locate our destination. The guy opined that since it was already late, he’ll wait and pick me up if I didn’t mind. “Of course not” I told him. Throughtout the time I was with him, he left a positive impression on me about having the right attitude. I wouldn’t have been too surprised if he went on and on complaining. I was already doing that! When he dropped me at the hotel, he asked me to please add some money on top of our previous arrangement. I paid him more than double what we agreed and still felt I had not paid him enough. I wasn’t paying for the ride. I was paying for his attitude!

Attitude can make or mar your business. As a manager or an entrepreneur, you need to be careful who works for you and with you. My advice is that you value attitude even more than skills. Your employees attitude is even more important that technology. John D. Rockfeller once said, “I will pay a man more for his attitude and his ability to get along with others than for any other skill he may possess”.
Posted at 10:40 AM No comments: