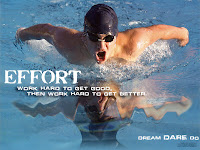 After a couple of attempts, I was able to get two days off work just to rest! Unfortunately, I am not sure I have rested and the 2nd day is almost over. Isn’t that interesting? Anyway, I couldn’t let the 2 days pass without responding to some of the thoughts that readers of my last article has shared with me. It’s very expedient that I write a follow up article and that is exactly what I am doing. I hope my son sleeps for another 1 hour, so I can do this without any interruption (lol)

In his book “Talent Is Not Enough”, John Maxwell shares a thought that is what stating here. He said “Talent is often overrated and frequently misunderstood”. When people achieve great things, others often explain their accomplishments by simply attributing everything to talent. That is a false and misleading way to look at success. I am sure you know highly talented people who are not successful. Just look around you.

Many people are obsessed with talent. They think this is the answer to every problem. Far be it. Talent alone is never enough. Before you label me as anti talent, let me tell you what I believe about talent. Talent is important. Talent is God given and should be celebrated. Talent enables people to do extraordinary things. It stands you out and gets you noticed. In the beginning, it separates you from the rest of the pack. It gives you a head start on others. However, this will not be forever. Too many people who start with an advantage over others lose that advantage because they rest on their talent instead of raising it. I like the way that bestselling author Stephen King puts it. He said “Talent is cheaper than table salt. What separates the talented individual from successful ones is a lot of hard work”. Characteristics like punctuality, effort, patience and unselfishness are more important in the school of success than mere talent.

There is a story that comes to my mind here. It’s the story of one of the best professional footballers Nigeria has ever produced. He was one of the 1st Nigerians to play professional football out of the country and was making a lot of money from it. He was adored by many and was a “wizard” on the ball. I am talking about Etim Esin. While preparing for the U20 world cup in Chile (in 1987, I guess), he was shot by armed robbers on his way from a night club, while still in camp! His talents were so great that he had to be rushed out of the country for a surgical operation in order to make him fit for the world cup. Needless to say that, he, and the whole team performed woefully at the event. Even after the event, his wild life will not let him rest. In a few years, he was off the stage. I am sure many young Nigerian football lovers will find it difficult to remember him. They will however remember people who are far less talented but used their skills to help their fatherland. It is character that protects your talent.

You can never climb beyond the limitations of your character. If you do, be ready for a free fall!

Absence of strong character eventually topples talent. You can never climb beyond the limitations of your character. If you do, be ready for a free fall! The enron example and several other examples are there to show that.

People are very much like icebergs. There’s much more to them than meets the eye. Only about 15% of an iceberg is visible. That’s the talent. The rest (the character) is below the surface, hidden. It’s what they do and think when no one is watching them. The greater the talent is, the greater the need is for strong character. If they are “too heavy” with talent, then they are likely to get into trouble.
Talent will most certainly bring you into limelight, but it’s not likely to keep you there for long, except you develop strong character. Developing talent without developing character is a dead end. If your life is long on talent, but short on character, then, your life will always be out of balance!


If your life is long on talent, but short on character, then, your life will always be out of balance

Have you ever been on the same team with a highly talented individual? If you have, chances are high that you would have also seen someone who is very unteachable. Afterall, he is a star! He knows it all. Who the hell are you to tell him what to do and how to do it? If you cannot be teachable, having talent won’t help you. It will get in your way of success.

One of the paradoxes of life is that things that initially make you successful are rarely the things that keep you successful. You have to remain open to new ideas and be willing to learn. If you want to expand your talent, you must become teachable. “The most important skill to acquire is learning how to learn” says Author John Naisbitt.

Well....i couldn't finish this before my son got up! He is currently struggling with the laptop with me. Hmmm.....looks like that is his own talent (lol)!

Till i come your way again, stay right at the top of the topmost top!
Posted at 10:58 AM